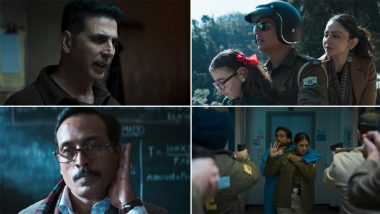 Cuttputll Becomes the Most Viewed Film of 2022: Akshay Kumar and Rakul Preet Singh’s crime thriller film ‘Katputli’ has become the most watched film of 2022. According to a report by media consulting firm Ormax, Disney Plus Hotstar led the list of most streamed movies and series for the year 2022, which was ruled by Pooja Entertainment’s ‘Katputli’.

In ground-breaking content creation, with the help of solid backers like Pooja Entertainment, Disney Plus Hotstar was able to lead Hindi-language OTT original viewership in India in 2022, according to a report by Ormax.

The platform streams seven of the top 15 most-watched original shows and movies, with Kaatputli leading the list.