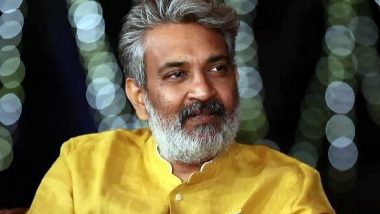 Los Angeles (USA), January 18: Director S. s. Rajamouli (S. s. Rajamouli) said that like any other filmmaker, he also aspires to make a Hollywood film one day, although the road to Hollywood will not be easy for him. Rajamouli’s film ‘RRR’ has won many awards in various international festivals held in America and along with the film, he is also getting a lot of popularity. Rajamouli told the American news magazine ‘Entertainment Weekly’, “I think making a film in Hollywood is the dream of every filmmaker in the world.” I am no different from them, I am also ready to do new things.

Rajamouli, who has given hits like “Magadheera”, “Baahubali”, “Eega”, says though he is “a little confused” as he likes the artistic freedom he gets while making a Telugu film. ” He said, ” In India, I am a dictator. No one tells me how to make a film.” Rajamouli said that he might make his first film in Hollywood with someone. “It is very likely that I will take my first step together with someone,” he said. Also Read:Achha Sila Diya Teaser: Rajkummar Rao and Nora Fatehi come together in heartwarming melody song ‘Achha Sila Diya’ (Watch Video)

Rajamouli and the film ‘RRR’ actors Ram Charan and Junior NTR are in America these days. His film has been nominated in many international award ceremonies. The film won the Best Foreign Film and Best Song award for ‘Naatu Naatu’ at the ‘Critics’ Choice Awards’ (CCA). Earlier, ‘Naatu Naatu’ was also awarded in the Best Song category at the Golden Globe Awards.