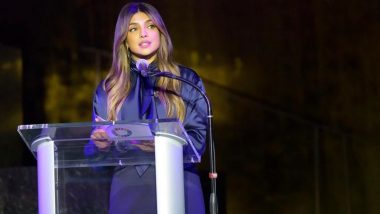 Mumbai, January 18: Indian actress Priyanka Chopra has praised Pakistan’s Oscar entry ‘Joyland’, calling it a ‘must watch’ film. Priyanka shared a video of the film’s trailer on Instagram Stories. In its caption, he wrote, “Hashtag Joyland is indeed a pleasure to see. Kudos to the entire team for bringing this story to life. A must watch.”

The film stars Sania Saeed, Ali Junejo, Alina Khan, Sarwat Geelani, Rusty Farooq, Salman Peerzada and Sohail Sameer. After a brief ban, it was released in Pakistan in November. ‘Joyland’ is currently in the shortlist of 10 films for the Best Foreign Film category of the Oscars, where it is competing with the Indian film ‘Chello Show’.