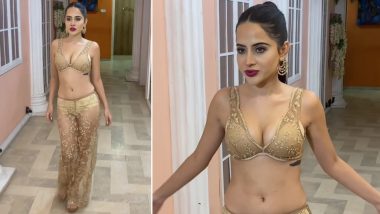 A police officer said that after being called for questioning, Javed reached the Amboli police station to record his statement. Also read: Delhi: Man shot in face during celebratory firing

Wagh, who is the Maharashtra BJP women’s wing president, had complained about Javed allegedly wearing “inappropriate” clothes in public. The officer said that no FIR has been lodged so far on Wagh’s complaint.