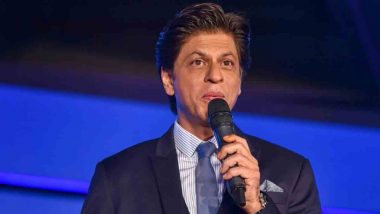 Pathan: Shah Rukh Khan returns to the cinema halls with Pathan after a long gap of four years and reveals that he is fulfilling his 32-year dream of being an out and out action hero on the big screen. Huh. Pathaan: Trailer of ‘Pathan’ lit up on Burj Khalifa, Shah Rukh Khan-Deepika Padukone’s fans congratulated

In a video released by filmmaker Yash Raj Films (YRF), Shah Rukh says, “I came to the film industry 32 years ago to be an action hero, but I could not because they made me a romantic hero. I just wanted to be an action hero. I mean I love DDLJ and I love Rahul, Raj and all those good boys, but I always thought I am an action hero, so it’s a dream come true for me.

About his character in the film Pathan, the superstar says, “Pathan is a simple guy, does a lot of tough stuff and I think he’s mischievous, he’s tough but he doesn’t show it off. He’s dependable He is honest and I think he totally looks at India as his mother.”

Shah Rukh Haseen is working with Deepika Padukone in Pathan. Deepika and Shah Rukh are one of the greatest on-screen pairings in the history of Indian cinema, having given Shahkar blockbusters Om Shanti Om, Chennai Express and Happy New Year.