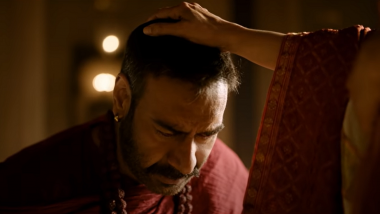 Tanhaji: Bollywood actor-filmmaker Ajay Devgan’s film ‘Tanhaji: The Unsung Hero’ has completed three years on Tuesday. On this occasion, the actor shared how playing the lead role was an honor and a dream come true for him.

Ajay wrote on his Instagram story: It was a dream and an honor for me to play the role of Tanhaji. The film became the highest grosser of 2020 and also won us two National Awards.

His production house Ajay Devgan Films shared a video of moments from the film on Instagram and wrote in the caption: A film that united the entire nation.

‘Tanhaji: The Unsung Warrior’ is released in 2020. The film is a historical action film directed by Om Raut. The film was based on the life of Maratha warrior Tanhaji Malusare. Ajay, Kajol and Saif Ali Khan were in the lead roles in this. In this, Neha Sharma, Sharad Kelkar and Luke Kenny were also seen playing brilliant characters.