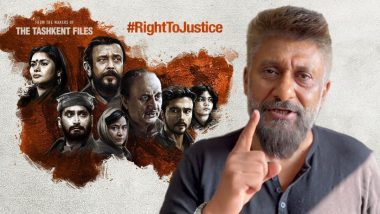 The film, produced by Pallavi Joshi and Abhishek Agarwal in association with Zee Studios, earned over Rs 245 crore as per Box Office India. Talking about the re-release of the film, Vivek and Pallavi said in a joint statement: ‘The Kashmir Files’ has done what it should have done. It has already spread the truth about the Kashmiri Hindu Genocide. Tomorrow is The Kashmiri Hindu Genocide Day, and we are re-releasing the film on the big screen after receiving thousands of requests from those who missed it the first time, especially young Indians and women.

Only film ever in the history of cinema to release twice in a year. ‘The Kashmir Files’ to re-release in theaters on January 19 | Hindi Movie News – Times of India https://t.co/ZOPI3fdVwk

The statement further said: If any of you haven’t seen it, here is your chance to watch it again on the big screen with your family, friends and loved ones. This is indeed the beginning of a new chapter in Indian cinema. Jai Hind.

Meanwhile, Vivek Ranjan Agnihotri is gearing up for ‘The Vaccine War’. The shooting of the much-anticipated film has already begun and the audience cannot contain their excitement to know more about the project.