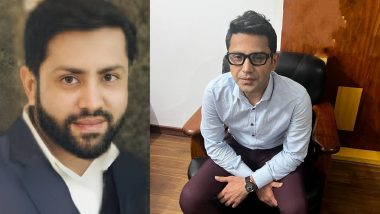 New Delhi, January 13: In a sudden U-turn, Shankar Mishra, accused of urinating on an elderly woman co-passenger in an Air India flight, on Friday told a Delhi court that he had not committed the objectionable act. Despite some co-passengers condemning the accused for the alleged incident that took place on Air India’s New York-New Delhi flight on November 26 last year, and despite WhatsApp messages of the accused with the victim regarding the incident, his lawyer claimed for the first time That incident had not happened.

The defense lawyer said on behalf of Mishra, “I am not an accused. There must be someone else. She (the woman) urinated herself. She was suffering from some disease related to prostate. It was not him. The seating arrangement was such that no one could go till her (woman) seat. Also read: Air India Peeing Case: Shankar Mishra, accused of urinating on a woman, will have to spend time behind bars, court refuses to grant bail

The lawyer said, “Her (woman) seat could be accessed only from the back, and in any case urine could not reach the front part of the seat. Also, the passenger sitting behind the complainant also did not make any such complaint.

The judge was hearing the Delhi Police’s plea for custodial interrogation of the accused.