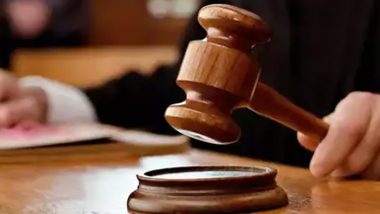 Guwahati: The case of Ranjit Das, a resident of Karimganj district of Assam, is interesting and unusual. He was declared a foreigner by a tribunal court in Karimganj because of discrepancies in several documents he submitted to the Foreigners Tribunal (FT) when his citizenship was challenged. Records of the proceedings in the FT court show that the documents provided by Das showed that the names of his forefathers were different in several documents.

In many documents his father’s name is Nandlal Das, but Ranjit Das’s 10th class admit card mentions his father’s name as Nandkumar Das. His grandfather’s name has also been changed more than once. In fact, according to the tribunal, Das could not produce some other documents required to prove that he was an Indian citizen. Monterey Park Mass Shooting: 10 killed in shooting in Monterey Park, California, gunman still absconding, search continues (Watch Video)

As a result, nine years ago a Foreigners Tribunal court in Karimganj declared Ranjit Das, a resident of Patharkandi area of ​​the district, as a foreigner who had entered India illegally after 1971. Since then Ranjit Das has been fighting his case in the Gauhati High Court challenging the decision of the FT. In a written statement to the FT, Das said he was born in Uptakhali village in Tripura’s Dharmanagar area. However, he does not remember the date of birth.

In the year 1977, his father Nandlal Das moved from Dharmanagar to Patharkandi police station area of ​​Karimganj district of Assam. He claimed that his father’s name was in the 1966 voter list of North Dharmanagar assembly constituency. Ranjit Das handed over its photocopy to the tribunal. His grandfather’s name was Sisanna Das in that voter list.

According to the tribunal, he could not produce several documents including voter lists of 1971, 1985, 1989, 1993 and 1997. Das, on the other hand, has submitted his Class 10 admit card, where it appears that his father’s name is Nandlal and not Nandkumar Das.

After the FT called him a foreigner, Ranjit Das appealed to reconsider that opinion, but it was rejected. He then filed a writ petition in the Gauhati High Court challenging the opinion of the Foreigners Tribunal. In a recent order, the High Court has given hope to a person who is looking for another chance to establish his citizenship.