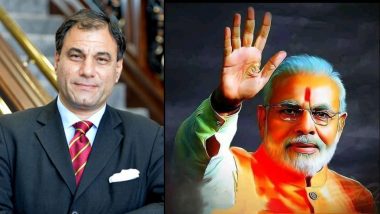 London, 20 January: The British MP praised Prime Minister Narendra Modi on January 19, he said that “PM Modi is one of the most powerful men in the world.” He said that India is the fastest growing economy in the world. Along with this, he also talked about the relations between India and Britain. BBC Documentary on PM Modi: BBC gave clarification on the documentary made on Gujarat riots, know what PM said about Modi

UK MP Lord Karan Bilimoria, during a Parliament debate following the BBC documentary on the Gujarat riots, said, “As a boy, Narendra Modi served his father’s tea at a railway station in Gujarat. Sold tea at the shop.Today he is one of the most powerful people on this planet as the Prime Minister of India.

“India has a vision to become, within 25 years, the 2nd largest economy in the world with a GDP of $32 trillion. The Indian Express has left the station. It is now the fastest train in the world—the fastest-growing major economy The UK must be its closest friend and partner.” pic.twitter.com/n1Pdhalw5W

Lord Karan Bilimoria praised India saying “Today India has the presidency of the G20. India has a vision to become the world’s second largest economy with a GDP of USD 32 billion in the next 25 years. Coming India deserves Britain to be its closest and most trusted friend and partner in decades.”