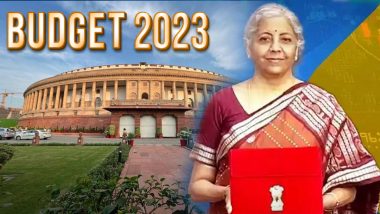 New Delhi, January 20: Clarifying the situation regarding the President’s address during the upcoming budget session, Lok Sabha Speaker Om Birla has said that the new building of the Parliament is still under construction, so the President’s address during the budget session will be held in the present building of the Parliament House. Budget 2023: Demand of CM Nitish Kumar, this time Modi government should present separate railway budget in Parliament

The New Parliament Building is still under construction. During Budget Session, the Hon’ble President will address Members of two Houses in the existing Parliament House Building.

According to tradition, on January 31, the first day of the budget session, President Draupadi Murmu will address the joint sitting of both the Houses of Parliament. On February 1, Union Finance Minister Nirmala Sitharaman will present the budget in the House.