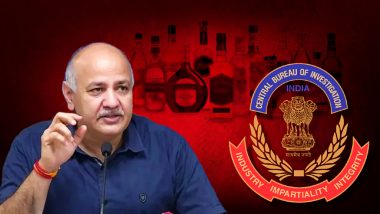 In a letter written to Kejriwal on Friday, Saxena tried to put the Aam Aadmi Party (AAP) government in Delhi in the dock by raising several issues regarding the city’s education department. Citing statistics, Saxena said that the average attendance in government schools was 70.73 per cent in 2012-2013, which continued to decline year after year and came down to 60.65 per cent in 2019-2020. Responding to the Lt Governor’s allegations, Sisodia said the data provided by him was false and he had “maligned” the entire education system of the national capital with his statement. Also read: Teacher Scam: Youth Trinamool Congress leader Kuntal Ghosh arrested by ED

He said, “The Lieutenant Governor has alleged that the number of students in government schools in Delhi has decreased from 16 lakh to 15 lakh, while the reality is that the number of students has increased to 18 lakh. Our education department has also made changes in the infrastructure of the schools. The ‘tent schools’ have now turned into ‘talent schools’.” While Kejriwal said on social media that Delhi’s teachers, students and their parents together have contributed to the city’s education system. Have worked hard in the last seven years for improvement. The Chief Minister said, “Instead of insulting the education system, the Lieutenant Governor should encourage them.”