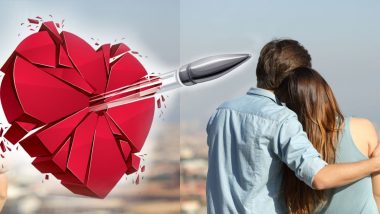 Dhanbad: In Rajganj of Dhanbad (Dhanbad), the women police forcefully picked up the girl who was sitting on a dharna in front of her lover’s house for 60 hours and took her to the police station. On her father’s statement, the police have filed a complaint of sexual exploitation against her lover Uttam Mahto, a resident of Maheshpur village, but the girl says that she does not want her boyfriend to go to jail. She wants to marry him. Please tell that hurt by the infidelity of the lover, the girl was sitting on a dharna in front of her house since last Tuesday. The people of the locality came forward to pacify this girl who was sitting under the open sky in the bitter cold, but she remained adamant. As soon as the girl got the news of sitting on dharna, her lover ran away.

According to the girl, Uttam Mahato, a resident of Maheshpur village of Rajganj, and she have a love relationship for the last four years. She studied at SSLNT College in Dhanbad, when she came in contact with Uttam. The family members of both were also aware of this. He had promised to marry her. Both have also visited each other’s family’s house together many times. Wrestlers Protest: 7-member committee constituted to investigate allegations against Brijbhushan Singh, Mary Kom-Yogeshwar Dutt also included

There was also an agreement between the two families on the marriage and its date was also fixed. But 20 days before the due date, Uttam refused to marry. When the girl was not shown any way, she along with her grandmother and other relatives reached her lover’s village Maheshpur and sat outside the young man’s house. After this Uttam absconded and his family members closed the door of the house.

The girl insisted that Uttam should be made to talk to her at least once. Many people including the local chief tried to convince the girl, but she is adamant on her demand. The villagers gave him blankets etc. The chief had informed about this to the Rajganj police. After this, on Thursday late night, the women police forcefully picked her up and took her to the police station. Later he was sent along with his family members.