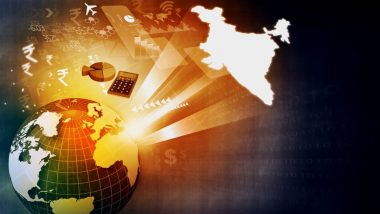 New Delhi, January 12: On the economic front, there was double relief on Thursday. While inflation eased to a one-year low of 5.72 per cent, industrial production grew by 7.2 per cent on the back of a better performance by the manufacturing sector. With this, it is the second consecutive month when consumer price index based inflation is below the upper end of the Reserve Bank of India’s tolerable limit of six per cent. Due to this, RBI can take a soft stance regarding the increase in the policy rate. Retail Inflation Rate: Big relief to general public, lowest inflation rate in 1 year

According to data from the National Statistical Office (NSO), inflation based on the Consumer Price Index declined to a one-year low of 5.72 per cent in December 2022. The inflation rate has come down mainly due to the reduction in the prices of vegetables.

In the month under review, the price of vegetables decreased by more than 15 percent on an annual basis. In December 2022, fruits became costlier by two percent. Similarly, the prices of ‘oils and fats’ and ‘sugar and confectionery’ also increased marginally. However, spices became costlier by about 20 percent and cereals by about 14 percent. The fuel and light index rose by about 11 per cent year-on-year in December.

On the other hand, the country’s industrial production grew by 7.1 percent in November 2022 due to the better performance of the manufacturing sector. This is the highest level in five months. Industrial production, as measured by the Index of Industrial Production (IIP), had earlier declined by 4.2 per cent in October, according to data from the National Statistical Office (NSO). Earlier, in June 2022, it had increased by a record 12.6 percent.

Reacting to the inflation data, Soumya Kanti Ghosh, Group Chief Economist, State Bank of India, said that core inflation also eased to 6.09 per cent in April 2022 from 7.09 per cent.

However, the core inflation has remained above 5.7 per cent for the last 20 months, he said. It has been an average of 6.07 percent. This means that core inflation remains stable and elevated.