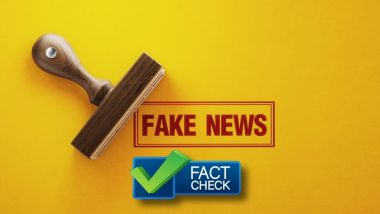 New Delhi, January 19: The government will hold consultations with stakeholders on January 24 on the proposed amendments to IT rules related to curbing misinformation. The rules have been drafted to ensure fact checking, prevent misinformation or blatantly false and untrue or misleading information on social media and other platforms. The Ministry of Electronics and Information Technology had earlier sought comments on the new IT rules from both stakeholders and general public. read this also- Fact Check: FIR will be filed against fake journalists, know the truth of viral message

The ministry had earlier also launched a public consultation on the proposed amendments to IT rules with regard to online gaming. The last date for this was fixed as 17 January 2023, but now it has been extended to 25 January 2023. According to the report, apart from this, the government has also sought opinion and suggestions from the general public on both the above amendments till January 25, 2023.