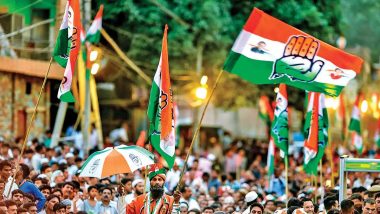 All the complainants and local leaders were heard on January 19, in which concrete evidence was found against 38 activists and leaders. After this he was suspended from the party for six years. Google Layoffs: Layoffs in Google, company to lay off 12000 employees, CEO Pichai apologizes

Patel said that in 18 complaints, those accused of indulging in anti-party activities would soon be heard in person, after which action would be taken against them.

In five complaints, action will be taken only after discussion with the District Congress Committee presidents, while 12 complaints were rejected due to lack of concrete evidence against the workers. In eight cases the complaint was not of any serious nature so they were only warned and let go. Four complaints are pending with the committee.