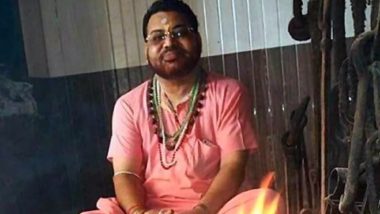 Chandigarh: A fast-track court in Haryana has sentenced a self-styled godman to 14 years in prison for sexually abusing around 100 women. Judge Balwant Singh of Fatehabad’s Fast Track Court convicted Billu Ram alias Amarpuri alias Jalebi Baba on January 5. The sentence was pronounced on Tuesday. The court has also imposed a fine of Rs 35,000 on him.

On July 19, 2018, a case was registered against him under various sections of the Indian Penal Code (IPC), POCSO Act and IT Act on the complaint of the then SHO of Tohana police station. Stones Pelted on Vande Bharat: Stones pelted on Vande Bharat train in Visakhapatnam, PM Modi to flag off on January 19