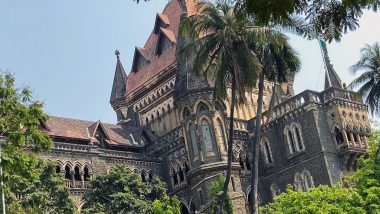 Mumbai: The Bombay High Court on Tuesday refused to postpone the JEE Main exam to be held this month for admission to the Indian Institutes of Technology (IITs). A division bench of Chief Justice SV Gangapurwala and Justice Sandeep Marne said that it would not be appropriate to postpone the examination across the country on a PIL as it would affect lakhs of students.

Child rights activist Anubha Sahay has filed a PIL. He has requested to postpone the Joint Entrance Examination (JEE) Mains (Main Exam) till March. The petition challenges the December 15 notification of the National Testing Agency (NTA) to fix the date of examination between January 24 and 31, 2023. Sexual Harassment Case: Delhi HC’s strict stance on sexual harassment, said- ‘Complaints should be taken seriously’

The petitioner argued that the exam date has been announced at a very short interval of time. He said that the exam dates are being announced three to four months in advance, so that students get proper time for preparations. However, the court refused to grant relief.

He said, “If any order is issued to postpone the examinations to be held in January today, future examinations will also be affected.” There does not seem to be any extraordinary circumstance to ban the examination. Lakhs of students will take the exam.