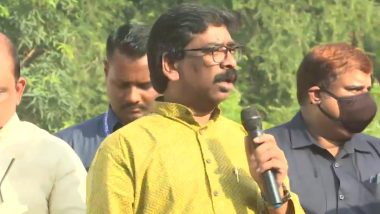 Jharkhand Cabinet Decision: The Jharkhand government on Tuesday approved changes in the examination pattern for the recruitment of Child Development Project Officers (CDPOs). The decision to this effect was taken in the state cabinet meeting chaired by Chief Minister Hemant Soren. Cabinet Secretary Vandana Dadel gave this information to media persons. He said that while making changes in the recruitment exam of CDPO, there will be two papers for General Studies and they will be of 100 marks each. Earlier there was a question paper of 150 marks. He said that the interview will be of 100 marks.

Later, a statement issued by the state government said, “The Jharkhand Child Development Project Officer Service/Cadre (Recruitment, Promotion and Other Service Conditions) (Amendment) Rules, 2022 was approved. Also approved for doubling the assistance which will be effective from the financial year 2022-23. Also read: Job Alert: 50 thousand assistant teachers will be appointed in Jharkhand, cabinet approved

Officials said that 33 Sanskrit schools and 46 madrassas would be included in this and around 2,000 teachers would be benefited from it. The cabinet also approved an increase in the ex-gratia amount for bringing the dead body of a migrant laborer to his native place. The government will pay Rs 25,000 to the families of such dead workers.

The cabinet also extended the tenure of a one-man judicial commission to submit its report regarding corruption in the appointment and promotion of employees in the Jharkhand Legislative Assembly.

In the meeting, it was also decided to transfer 6.69 acres of land from the Union Home Ministry for the construction of the Central Reserve Police Force (CRPF) office at Bhusur in Ranchi for Rs 16.36 crore.