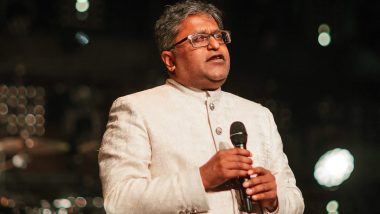 Thus he has named his son Ruchir as the successor of the LKM branch, who will handle all its affairs. Lalit Modi has said in the letter that after discussions with his daughter Alia Modi, he decided to make his son his successor. Also read: Lalit Modi Health Update: Lalit Modi hospitalized due to Covid, pneumonia

In a separate letter, he wrote to LKM branch chief and K.K. Also announced his resignation as a beneficiary of the Modi Family Trust. The move by Lalit Modi comes after he was recently hospitalized and put on oxygen support after suffering from Covid-19.

Modi later tweeted, “Considering what I have gone through, it is time to retire and move on.” I am now handing over everything to my children.