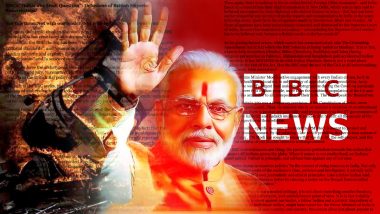 what is written in the letter

It has been said in this letter that an attempt has been made to tarnish the image of India through the documentary. The British colonial period has also been mentioned in the letter. The BBC’s series India: The Modi Question is about the 2002 riots in Gujarat, when Modi was the chief minister of the state.

The letter said, “Not this time. Not with our leader. Not with India. Never in our time!” The letter further said, “Once again, the BBC’s negativity and blatant bias towards India has come to the fore through the documentary “India: The Modi Question”. The BBC claims that it has been “thoroughly researched with the highest editorial standards” and the documentary series “examines the tensions between India’s Hindu majority and Muslim minority and the Prime Minister of India, Narendra Modi, in relation to those tensions”. Explores politics.” We have many examples of British Raj, their policy to revive Hindu-Muslim tension and create divide and rule policy of British Raj. This series is based on misleading and clearly one-sided reporting.

The BBC, while clarifying on the controversial documentary, said that it is a documentary made after a lot of research, in which an attempt has been made to highlight important issues objectively.

UK PM Sunak came to the rescue of PM Modi