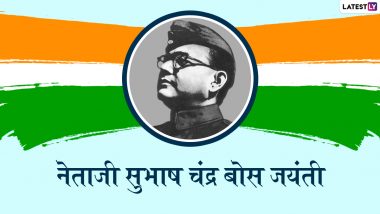 Netaji Subhash Chandra Bose Jayanti 2023:’Kranti Mandir’ is such a place where we can see our history alive. On the 122nd birth anniversary of Netaji, the Prime Minister had inaugurated the Kranti Mandir as all the four barrack museums built inside the Red Fort. Colonel Prem Sehgal and Colonel Gurbaksh Singh Dhillon and Major General Shahnawaz Khan of the Azad Hind Fauj were prosecuted by the colonial rulers in this building.

The four barracks inside the Red Fort became ‘Kranti Mandir’ as museums.

All the four barracks built in the Red Fort of Delhi have been converted into Kranti Mandir as museums. Kranti Mandir tells such a story of the struggle for the independence of the country, in which the history from the revolution of 1857 to independent India has been preserved at one place. In this sequence, the journey of revolution of the great revolutionary Netaji Subhash Chandra Bose has been described in detail, which has been displayed through visuals, pictures and stories. Read also:

The story of Netaji’s life’s struggle in the museum

The struggles of Netaji’s life can be felt here through films, how after the establishment of the Azad Hind Fauj in 1943, his army liberated the Andaman and Nicobar Islands and named it “Shaheed” and “Swaraj”. was kept. After this, Azad Hind Fauj formed the first government by capturing Moreng in Manipur. Means Kranti Mandir is such a place where we can see our history alive.