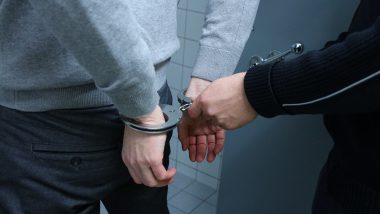 Noida, January 11: Noida’s Sector-24 police station has arrested the rape accused from Sector-12 market in six hours. After getting his medical done, the accused has been sent to jail. The accused has been identified as Mahesh Singh, resident of Sector-12. The age of the accused is about 50 years. Brutal Murder: Brutality in Superstition! Child sacrificed to get money, minor’s head cut off, dead body found in many pieces

In fact, a young woman had alleged that on Tuesday, the accused called her to her house in Sector-12 on the pretext of getting admission in graduation. Here she reached in the afternoon. After this, the accused raped her. Threatened to kill for telling anyone or giving information to the police. Although the victim gave this information to the police station Sector-24.

As soon as the information was received at around 5:30 in the evening. The police formed a team and started searching for the accused. The accused was on the run. Even before this, the police arrested the accused from Sector-12 market at around 12.30 pm.