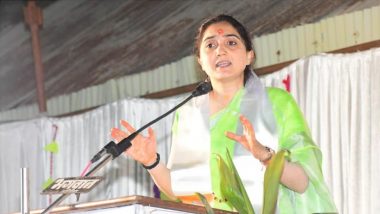 Officials told that Nupur had applied for the license and it (license) has been given to her after assessing the risks and following due process. Mahant Jagadguru Paramhans furious over the statement of Ramcharitmanas, ‘I will give Rs 10 crore to the person who cuts the tongue of the education minister of Bihar’

The police said that they are allowed to carry arms for their own protection. During a debate on television, Nupur made a statement about the Prophet, against which protests were held across the country. In connection with his statement, FIRs were lodged against him at many places in the country.

Following protests by some Muslim countries over her alleged derogatory statement against the Prophet, the BJP suspended Nupur Sharma and expelled Naveen Kumar Jindal, the media chief of its Delhi unit.

Delhi Police had provided security to Nupur and her family in June last year. While registering the complaint, he had alleged that he was receiving death threats.