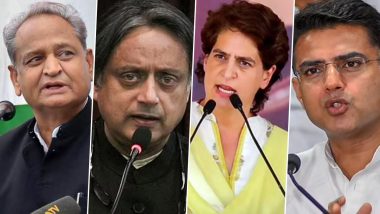 Tharoor said- When we are talking about our colleagues, we should speak thoughtfully. I did not use such words even for my opponents. I have been in politics for 14 years, but I have never said anything like this about anyone. I do not want to wrestle mud in politics.

Congress MP said- I request my colleagues that it is not good to use such words about our own brothers and sisters. We should try to resolve our differences. People may have different views, but there are other ways of expressing them. We should have love for each other in the party.

In November last year, Gehlot had called Pilot a ‘gaddar’ (traitor) for rebelling in an attempt to topple the Rajasthan government.