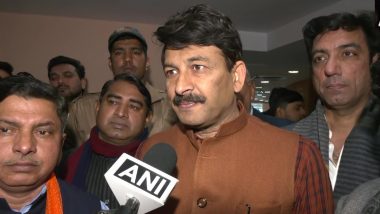 Questioning the sting done by Swati Maliwal, Manoj Tiwari has demanded Delhi Police to investigate the entire matter and said that the police should also check the call records of the person who molested AAP MLA Prakash Jarwal and Swati Maliwal. How many times did he talk to whom before this incident? Tiwari further said that it is necessary to reveal the truth of this fake sting because this kind of joke with the people of Delhi cannot be called right.

On the other hand, Delhi BJP working president Virendra Sachdeva accused the Aam Aadmi Party of conspiring to defame Delhi at the international level and said that today again the deceitful face of the Aam Aadmi Party has been exposed in front of the people of Delhi and the people of Delhi should see this. I am shocked that the man Harish Chandra Suryavanshi, who was accused of molesting Delhi Commission for Women Chairperson Swati Maliwal, is actually a prominent AAP worker from Sangam Vihar.