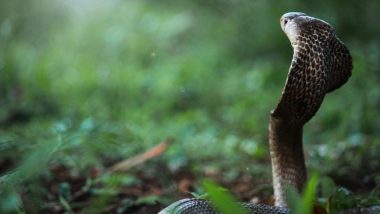 Baghpat (UP), January 10: A case has been registered against a person in Baghpat village for allegedly killing a snake. The police gave this information on Tuesday.

He told that after the incident in Shabka village in Chhaprauli area here, an FIR was registered on the complaint of the forest department. Police told that the accused Swaleen is absconding. Also read: Bihar Road Accident: Eight people of the same family died in a road accident

In-charge Divisional Forest Officer Hemant Kumar Seth told ‘PTI-‘ on Tuesday that on Sunday night in Shabka village of Chhaprauli police station area, a youth named Swaleen beat the snake that came out of the house of local resident Ram Sharan to death with a stick.