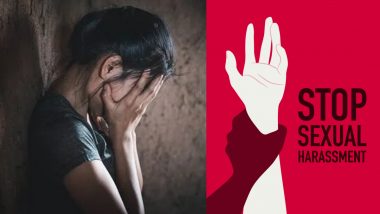 An attempt was made to gang rape a dancer in Sultanpur, after which the police have registered a case against 12 accused. Inspector-in-charge (SHO) of Kotwali Dehat Anirudh Pratap Singh told that on Thursday, on the occasion of the birthday celebration of Mishrapur Puraina resident Idrish, an orchestra party had come from Pratapgarh. He told that an FIR has been lodged against two named and 10 unknowns in the case. Delhi: Video of molestation of Swati Maliwal surfaced, Drunk man dragged from car (Watch Video)

According to the police, the incident is of Mishrapur Puraina village under Kotwali Dehat police station area. Quoting a complaint lodged by a dancer of the orchestra, the SHO said that some people molested her and tried to rape her by turning off the generator in the night taking advantage of the darkness. Singh said that on the basis of the victim’s complaint, an FIR has been lodged against Rahul Verma (22) and Sunny Verma (18) and 10 unknown persons.

He informed that a case has been registered against the accused under sections 376, 511, 323, 504 of the Indian Penal Code and the Scheduled Castes/Scheduled Tribes Atrocities Prevention Act. Singh said that action will be taken against the accused on the basis of evidence.