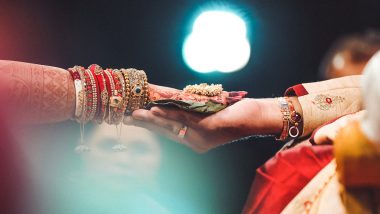 New Delhi, January 12: With the commencement of the next phase of the wedding season from January 15, the business community across the country is very excited and is expecting better business prospects. The wedding season will start from 15 January till 27 June. There are 53 marriage auspicious times this time and as per the estimates of the Confederation of All India Traders (CAIT), around 70 lakh marriages will be performed across the country during this period, including about 13 lakh wedding shopping and various wedding events. Lakh crores of rupees will be spent. Retail Inflation Rate: Big relief to general public, lowest inflation rate in 1 year

CAIT said that in view of the good prospects of business in the wedding season, traders across the country have made extensive preparations, they want to continue the sentiment emanating from the record business figures of last year’s wedding season.